Bag End recreation. The goal was to capture the mood and feel of the scene.

This was my first alteration to the mood. Where as Bag End in the film is calm, warm, peaceful and comforting, I contrasted it here by making it cold and non-orderly.

The 2nd alteration I played around a little more. The story of the environment suggests a sandstorm hit bag end and caused some damage.

Here is my Reference image from Peter Jackson's The Lord of the Rings: The Fellowship of The Ring

In order to make sure the scene was built to proper perspective, I made some brief perspective drawings and placed this image into the camera to line up the scene accurately.

Here is a brief recreation of "Bag End" from Lord of the Rings that was done in 1 week as a mood match. I captured the mood and feel of the image from the film and recreated it through lighting techniques and modeling, and then I made 2 mood alterations. A flooded version of Bag End, and an example of Bag End after being hit by a sandstorm and rattled quite a bit. The three different scenes have quite a lot of contrast between them all. This was a project done in around 7-10 days to focus on lighting and mood building. I utilized houdini for the water and sand creation. Since the project was done in such a brief time-frame, I intend to go back and make adjustments.

Everything in the scene is made by myself except for the map illustrations. 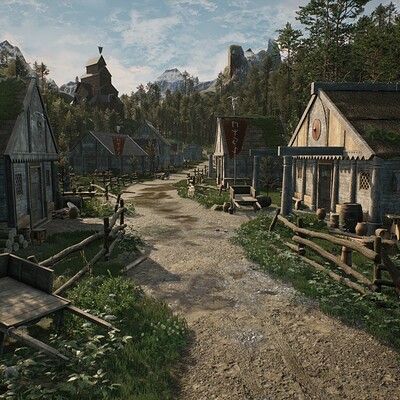 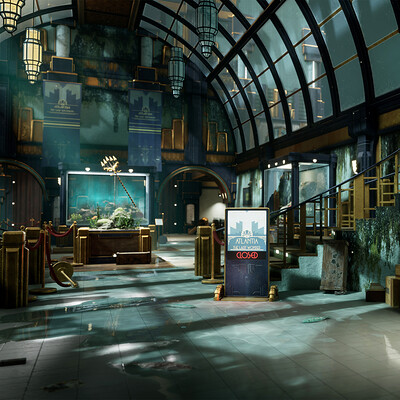 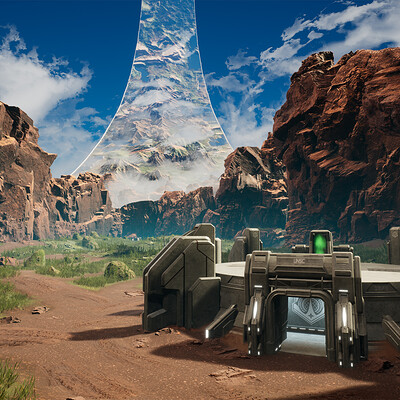